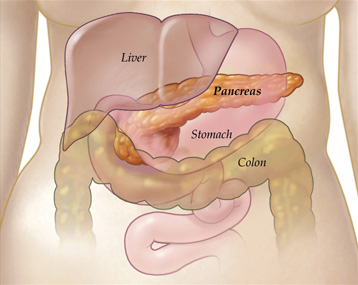 The endocrine system consists of cells that make hormones. Hormones are chemical substances that are formed in the body and carried in the bloodstream to have a specific regulatory effect on the activity of other organs or cells in the body. A tumor begins when normal cells begin to change and grow uncontrollably, forming a mass. A tumor can be benign or malignant. A benign tumor is not cancerous and usually can be removed without it causing much harm. A malignant tumor is cancerous and can be harmful if not found early and treated. It can spread to and damage the body’s healthy tissues and organs.
An endocrine tumor is a growth that affects the parts of the body that secrete hormones. Because an endocrine tumor arises from cells that produce hormones, the tumor itself can produce hormones and cause serious illness.

A neuroendocrine tumor begins in the hormone-producing cells of the body’s neuroendocrine system, which is made up of cells that are a cross between traditional endocrine cells (or hormone-producing cells) and nerve cells. Neuroendocrine cells are found throughout the body in organs, such as the lungs and gastrointestinal tract (such as the stomach and intestines), and perform specific functions, such as regulating the air and blood flow through the lungs and controlling the speed at which food is moved through the gastrointestinal tract.